Verhyd's Room - The Cattery (Apt# 26B) [The Scratching Post]

All brothels and cathouses in Shaarn Nalos are required to offer some manner of off-premise housing to their employees,1 with many smaller establishments offering shared, dormitory-style accomodations to those on their payroll, while many of the larger brothels offer individual apartments to their employees.  The largest and most high-end establishments even provide more upscale, private condos as incentives for those in upper managerial positions.

While establishments are only required to offer housing to their full-time and part-time employees, many also choose to have separate accomodations available for short term and long term rentals for independent contractors who are seeking private and insured accomodations in Shaarn Nalos. These accomodations are generally set up as full, "home away from home" apartments and condos, and usually consist of at least a bedroom or sleeping area, a breakfast nook, and private washroom.

As one of the largest and most upscale cathouses in Bordello Barrio, The Scratching Post offers travelling workers and independent contractors a number of comfortable, well-appointment accomodations in a condominium called, "The Cattery".

1 For a nominal monthly rent, which cannot exceed any more than 8%-10% of an individual employee's average monthly wages.  All employers-provided accommodations, no matter the style, are required to meet strict, "Quality of Living" parameters that have been set forth by the Shaarn Tribunal of Justice.

This Journey was modified 2 months ago 7 times by Lassroyale 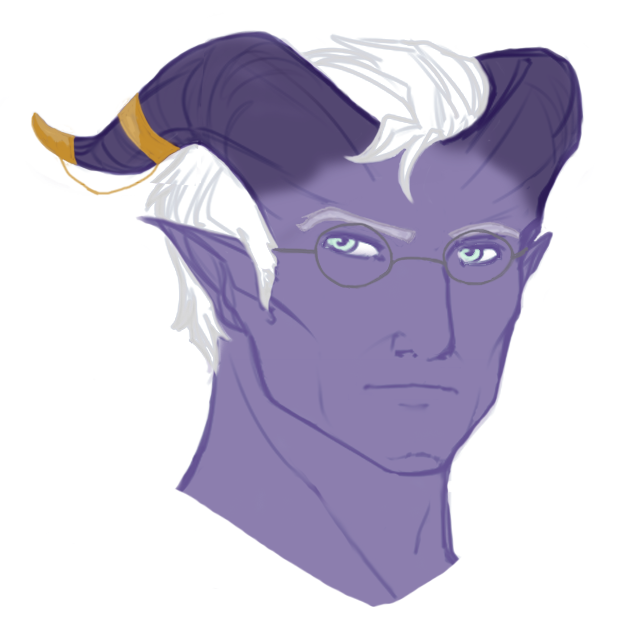 Verhyd finished spreading a healing salve over the network of angry red welts and small cuts that spread across the shoulders and upper back of the elven male and then took a step back to inspect his work. The marks were superficial at best, sustained when the elf had a fight over his lover or had he lost bet with his lover? To be honest, the tiefling hadn’t been paying much attention to the nervous explanation he’d been given, the other man’s personal matters didn’t concern Verhyd much, he wasn’t there to judge anyone, his only concern was to heal. In any case, the effort to look after these scrapes hadn’t been anything to tax the tiefling’s abilities, they were certainly nothing that needed spelled magicks, just a bit of everyday practical healing and Verhyd was nothing, if not practical.

The tiefling gave his patient a wide reassuring smile, his lips parting enough to reveal pointed canines yet still restrained so as not to appear threatening. “That should keep the scrapes free of infection but please return if you notice any hot patches over the skin or lingering pain.”

The elf remained quiet, his eyes mostly downcast but flicking to Verhyd warily for a few seconds as he listened to the instructions before his gaze darted away quickly again as he studied the room. Verhyd was well used to apprehensive glances and nervous flinches of those around him, not many were used to seeing a horned purple tiefling working in medicine, a practiced healer.

Physically he was built like a warrior, over 6 feet tall, muscular, and wide-shouldered; his large fingers were tipped with black claws (neatly manicured, of course) and to cap off his towering figure, dark horns that arrowed away from his temples, the bone and cartilage carefully manipulated to grow straight with only the slightest curve to their structure. He embodied everything one would expect of a fiend and he was thankful to not have inherited the dark red coloring of his paternal bloodline. To detract from his ancestry, he dressed in the modest and worn clothes of a country physician, thin wire glasses pushed high up on his nose, and he was careful to not wear any visible weapons (no one needed to know about the jambiya he kept inside his jacket); in all, he did his best to present himself as a typical physician.

Verhyd tried to engage his patient again in conversation, “I can give you something for the pain if you want?”

The man remained tight-lipped, so he turned to his left to retrieve the clean bandages he’d prepped on a nearby table but in the process, he misjudged the placement of the empty chair in relation to his tail and it tumbled over with a loud crack. The elf started at the sound and his eyes grew wide, though at least he didn’t bolt or scowl, which was a win in Verhyd’s books.

He righted the chair and attempted cheerful banter, “Sorry, I’m not usually so clumsy.”

A blatant lie. He’d been plagued by similar unintentional accidents his entire life. Whether it was because his mind was preoccupied with other matters or not having the spatial awareness for the amount of space his body occupied, Verhyd was forever dropping things, knocking things over, or bumping against furniture or people.

He wasn’t confident that his patient was reassured, so decided it was best to finish up this visit as soon as possible before the elf went complaining to management and Verhyd lost the room & board he had negotiated in exchange for his healing skills. With the bandages in hand, he quickly plastered them over the scratches with a gentle touch that belied his size and otherwise accident-prone tendencies, and withdrawing a small packet of herbs from the pouch at his waist, he handed it over to the other male.

“Mix a spoonful of this in some hot water and drink twice a day, it should help with the pain and prevent any infections.”

Finally, the elf spoke, his voice reedy. “Thank ye, sir.” Before he anxiously grabbed up his shirt, not bothering to dress, before rushing out of the room without a backward glance.

Verhyd puffed out a breath. He was used to traveling to areas where tieflings were the oddity and not the norm and many people acted nervous in his presence. They’d taken one look at him and judged him as someone looking for a fight, but at least in Shaarn or more specifically Shaarn Nalos, most hadn’t spared him a second glance. In Shaarn Anthos however, he still received pointed looks and was offered directions toward the lower district, despite that he was in the city for a legitimate internship at the Polytechnic Institute of Medical Science. Many citizens of the upscale neighborhoods assumed he was looking for more disreputable activities but the only interest Verhyd had in those places was if it would help him locate his father, as the elder Umbr’m was drawn to such pursuits like a cat to mint.

The last update Verhyd had of his father was that he was gambling somewhere in Shaarn. So, he’d used the opportunity of the internship as means to travel to Shaarn and track down his erstwhile parent. Which isn't to say that he wasn’t interested in learning about the innovative work the gnome craftsman was pioneering but his primary concern was setting to rights the mess his father left the family with but to do that, he had to find him first.

Except he’d yet to locate his father or meet the esteemed Winkelstith. So far his days at the Institute had been cleaning the surgery and restocking medicine components, and his evenings tending to minor injuries in the Corridor.

In short, thus far Shaarn had been a bootless errand.

After retiring to bed early the evening before, Verhyd awoke that next morning feeling bright and fully refreshed for the day ahead. After washing up, he dressed in a soft white shirt and dark wool pants that he pulled from the narrow wardrobe, making a note there was only one more change of clean clothes inside. Tomorrow he would have to visit the laundress to make arrangements to have his clothes washed again, a daunting prospect, as the attractive uman female had been eagerly pursuing him, wanting to trade her services for his.

In Verhyd’s experience, such arrangements inevitably ended badly and he couldn’t afford to risk the welfare of his meager selection of clothes on his ability to provide his services to satisfaction (not that he'd ever had any complaints but there was always a first time). So, as politely as he’d been able, he tried to make his disinterest clear but at the same time remain friendly; it was a fine line to walk.

Shrugging into his long coat, he slung his satchel over his shoulder and exited his quarters, mindful to lock the door before taking the backstairs and heading to the Scratching Post kitchens. The morning hours were quieter in the cathouse, the majority of the activity happening later in the day and far into the evenings, so it was no surprise to find the kitchen mostly quiet except for a few key staff prepping meals for the day. A pot of coffee and a tray of yesterday’s bread and pastries were set out on a side table, allowing employees to help themselves and while not exactly an employee, the tiefling never hesitated to help himself. No one had made complaints about it so far, he rationalized. Verhyd selected a rough-hewn clay mug from a nearby basket and half-filled it with the bitter brew and then grabbed a pain au chocolat before leaving from a side door, directly into the service alley.

Stuffing the pastry into his mouth, he hurried off for the clinic for another unremarkable day of cleaning tools, restocking inventory, and transcribing patient notes.