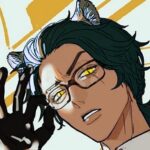 The main metropolis of Shaarn is situated along the side of an alpine mountain that boasts gorgeous scenery, stretches of green grass, snow fields, and arctic lakes. The most affluent areas of the city are located on a series of tiered ridges along the slope the mountain at its highest points, with the spires of the tallest buildings reaching towards the white capped peaks.

Located below the main city and continuing far down the slope towards the mountain’s base, sits Shaarn’s lower ward.  Also called Shaarn Nalos, whose name literally means “Shaarn Down Slope” in Gnomeish, the lower district starts down slope of Shaarn Anthos(aka - “Shaarn Up Above”), with buildings growing more clustered and claustrophobic the farther down you travel.  At the very foot of the mountain the streets lead into a crater-shaped, open-roofed cave system, the delineation of which unofficially marks the beginning of the Shaarn’s Red Light District.

The nature of the cave system makes it easy to access from the air and ensures that the buildings located further into the cave are able to utilize mirrors and other such contraptions to harness the sunlight.  As such, many of the buildings within the cave sport a motley hodgepodge of Gnomeish contraptions, most of which only the maker can likely make heads or tails of, with the tops of many buildings so jam packed with a dizzying assortment of reflective panels, turning gears, and mechanical parts.

While the underground streets are patrolled by the City Guard the same as above ground, Shaarn Nalos is where one goes to indulge in their vices, no matter how debauched or obscure.  One must simply be willing to step off the main path to search through a complicated and entangled series of byways, back alleys, and side streets, to find it.  If you can navigate its twisting arteries, that is; Shaarn Nalos is the poster child for urban sprawl.  The Red Light District is a tangled labyrinth of barrios and row houses, hemmed in on all sides by bars, gambling dens, cathouses, and other nondescript buildings that each house their own hidden (and unadvertised) inequities.

To put it simply, it's exceptionally easy to lose one's self in Shaarns lower district - in more ways than one.

This Journey was modified 1 week ago 4 times by Lassroyale