Walking through Shaarn's worlde-famous Craftsman Quarter, it's easy to see how the city earned its reputation and nickname as the "Craftsman's Capitol". with it's plethora of Tinker Shops, Specialty Shops, Workshops, and Artisan Armorers & Weaponsmiths, plus numerous technologically advanced and medically forward  Scientific Labs, Medical Facilities.

The Craftsman Quarter of Shaarn is the site of where many useful inventions, medical breakthroughs, and scientific discoveries have occured...and even more have failed.  The Main Corridor of the Craftsman Quarter is a busy street that's lined with a variety of Workshops, Tinker Shops, and jampacked Specialty Shops that sell almost  any part, tool, or ingredient that might be needed by craftsmen, scientists, and doctors, alike.  One can also find highly specific Artisan Armorers & Weaponsmithsin this area, all masters of their craft.1

As such, the main corridor is a bustling and chaotic place, with storefronts and workshops alike festooned with enough of a hodgepodge of inexplicable devices (many of which feature gears and moving parts) as to often times make traversing the street hazardous.

A major causeway bisects the Main Corridor from NORTH to SOUTH, with most of the Medical Facilities located along the northern artery, while theScience Labs can be found situated along the southern road.  These two major offshoots of the main corridor are far less hectic and generally cleaner and quieter, save for the occasional explosion or runaway science experiment that accidentally gets loose and runs amuck in the city streets.

The intersection of the main corridor running EAST to WEST and the Medical Facilities and Science Labs running NORTH to SOUTH, respectively, forms a surprisingly organized cross street known as Mintha Square, which means 'One Place Together' in gnomeish.  Mintha Square is where advanced, blended workshops and labs can be found that mix mechanical ingenuity with medical advancements, and where there's little division between science, technology, and magick. It's been said that Mintha Square is where miracles are performed, with teams of expert craftsmen, doctors, and scientists achieving feats such as: replacing people's lost limbs with mechanical ones which function better than the originals; returning sight to a the blind, and allowing the deaf to hear.

Perhaps one of the greatest achievments rumored to ever come out of Mintha Square, is when a reknowned master craftsman, a specialist of avian biology, an exceptionally skilled polymath who seamlessly fused science and magick, and a savant Drow chirgen all came together to restore flight to pinioned Aeros.

1 PLEASE NOTE: This is not the place for the regular fair of weapons or armor, nor will one find a simply smithy in which to have their equipment repaired.  The Commercial District is where the standard blacksmiths and weaponsmiths can be found.

- A tiefling warlock healer of minor distinction and little co-ordination - 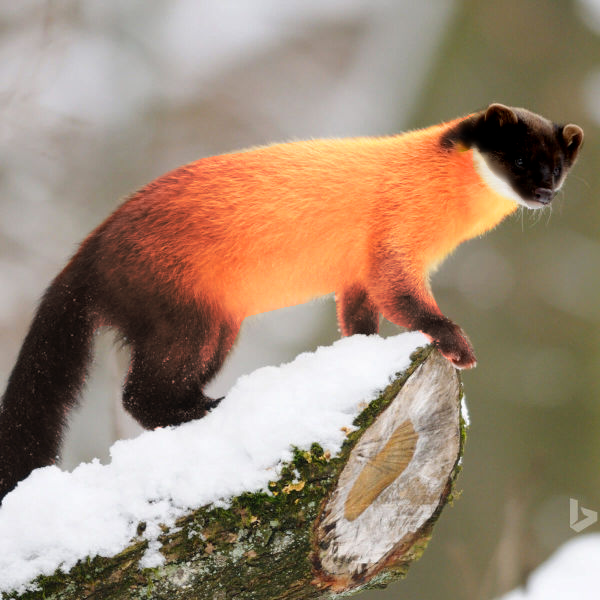 By the time Verhyd reached the upper districts of Shaarn he had only one small drop of coffee on the hem of his coat, which was thankfully a dark umber material and barely noticeable, so he considered himself already ahead for the day. Typically by this time of the morning, there was some aspect of his appearance that needed to be straightened or tucked in or tidied but he was pleased that wasn’t the case today. For once, he would look a bit more as he pictured a respected peer of the intellectual realm should appear.

A few people acknowledged him with brief greetings, and he likewise did the same, as he hurried northward on the main street toward the intersection that formed Mintha Square. The prestigious center of the quarter loomed large ahead of him and Verhyd stood a tiny bit straighter, the slump to his shoulders gone, and he forced himself to slow his steps to a dignified pace as the pale columns that effaced the Polytechnic Institute of Medical Science came into view. Eyes the pale color of mint chip glinted with satisfaction as he took in the front of the building, feeling anew the sense of pride that he’d been accepted to work at the prestigious offices. Despite the fact had had yet to participate in any significant aspect of the Institute, he was always excited to arrive for work each day and rub shoulders with the minds that worked there, with the hopes of elevating his own medical and technical abilities.

“You know the drill, Gorze. If you are staying with me today, best make yourself scarce while we are inside. We don’t want any complaining about rodents.”

Insulted, the fire weasel chuffed noisily, a small snort that was accompanied by the faint smell of sulphur and smoke, clearly disliking the disparagement against his character. Nonetheless, the familiar didn’t leave and instead withdrew under the collar of Verhyd’s coat and slid down to settle inside a hidden pocket, where he curled into a ball.

“It's only for a short while,” Verhyd promised with a light pat against the lump. “I believe I’m due to collect supplies today.”

During the hike back down to the city center, the flurries that had been at their back transitioned to a full storm, but despite the quickly accumulating snow at his feet, it did little to slow Verhyd’s progress. The traffic in the upper city had largely dissipated, the remaining few that had to finish their business day bustling quickly through the streets intent on getting indoors. His daytime tasks complete, Verhyd was of a similar mind to escape the storm and was eager to return to the lower ward of the city with its relative protection of the cavern.

Gorze remained draped about his neck like a wet noodle, still not rallied from his playtime in the meadow, only lifting his head once in interest to peer toward the city center as they hurried through Anthos. Verhyd wasn’t certain if the fire weasel expected them to return to his lab or if something else caught his attention. In either case, as they moved further away from the center, the interest passed and Gorze laid his head back down on his front paws.

Verhyd scratched a finger beneath Gorze’s chin. “Staying with me this evening, I take it?”

In response the animal flicked his whiskers so that they brushed the side of Verhyd’s face, causing him to smile. The familiar was free to come and go as it pleased, sometimes disappearing in the late hours of the night, but for the most part, it was content to stay by his side.

They skirted through the side streets and alleys, taking the fastest route below.